The whole school has been filled with delicious aromas as Food Focus has taken hold at Sciennes. Here are some pictures taken in our new kitchen (partly funded by the PTA) showing what culinary delights the children have been creating. More photographs can be viewed on the Class Pages. Well done Ms Pearmain for driving forward this initiative and many thanks to all the families who came along to the PTA stall at Parent Consultations and so generously donated to the 'Kitchen Wedding List', raising an incredible £450 in donations!

Autumn/ Winter Lunch Menu
The Autumn/Winter menu will run from after the October break until the Easter holidays. This menu offers a few new dishes to try, such as veggie haggis and chicken and ham pasta, as well as all the usual favourites!
All our menus comply with the Schools (Health Promotion and Nutrition) (Scotland) Act 2007 and are nutritionally analysed so you can be sure healthy choices are on offer at lunch times.
Thank you to everyone who contacted us about school meals, your comments are welcome and help us continue to improve the service.

Special Diets and Allergies
Please let your school know if your child has any special dietary needs.

Get Going
Worried about your child’s weight? Want to help them lead a healthy, happy, active life? Then let’s Get Going! Get Going is a free family healthy lifestyle programme which supports children to work towards a healthy weight. It’s about working together as a family to make small lifestyle changes. Supported by a trained coach, you’ll learn more about eating well
and being more active. Children will get the opportunity to take part in fun, active games, while parents share ideas and experiences. To find out when the next courses are available in your area or for more information please contact:
Get.Going@nhslothian.scot.nhs.uk
0131 537 9209
http://www.nhslothian.scot.nhs.uk/getgoing/
Get Going! Your local Get Going Co-ordinator is: Jodie Montgomery: jodiemontgomery@edinburghleisure.co.uk 0131 458 2147

Posted by Ms Gallagher at 15:40 No comments:

Please bring the following with you:

Please feel free to bring your child but this is not essential if s/he is attending nursery. There will be transition and induction opportunities for your child to visit school in the summer term.
Posted by Ms Gallagher at 10:49 No comments:

Email ThisBlogThis!Share to TwitterShare to FacebookShare to Pinterest
Labels: Transition 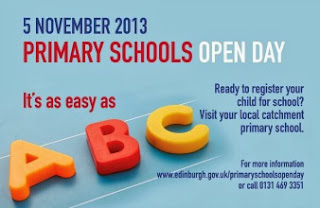 The City of Edinburgh is promoting an Open Day for all Primary schools on Tuesday 5th November for catchment families to visit their local school prior to their child joining Primary 1.

Email ThisBlogThis!Share to TwitterShare to FacebookShare to Pinterest
Labels: Transition


We have already raised over £1000 just by using this EasyFundraising site when you make an online purchase with e.g. Amazon or John Lewis or M&S. Genuinely no catches or spam.
All is explained in this short YouTube clip produced by the School Council Communications Group:


Raise money for Sciennes Primary School PTA - Edinburgh, just by shopping online with easyfundraising.org.uk. There are no catches and it's completely free to use.

It's really simple – just shop online via easyfundraising.org.uk with over 2,700 well known retailers like Amazon, Argos, M&S, eBay (and many more!) and whenever you buy something online, the retailer makes a donation to your chosen good cause.

It doesn't cost you a single penny extra.

You can sign up to raise for Sciennes Primary School PTA - Edinburgh too, or choose from over 55,000 good causes across the UK.

Plus, if you register before 1st November you'll automatically receive one entry into a free prize draw to win a Samsung 32" F5500 Series 5 Smart TV courtesy of Viking!

Posted by Ms Gallagher at 14:20 No comments: 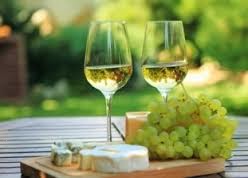 If you enjoy a good night out, look no further! The Sciennes PTA Wine Quiz organised by Sciennes School Council is taking place on Friday 25th October, 7-9.30pm. For the bargain price of £10 you can enjoy:

You don’t have to be a wine expert – the quiz provides lots of opportunities for lucky guesses and it’s all for fun. Take along a few £1 coins if you fancy ‘investing’ your money with the chance to win some extra cash along the way. You can also buy tickets for (adult) friends and family who are not connected to Sciennes.
Tickets are available on wisepay now! All profits will go to Sciennes Primary School.
Posted by Ms Gallagher at 07:56 No comments:

An exciting new recycling scheme is set to be piloted in four Edinburgh schools. Food waste is to be collected and recycled to help reach the Scottish Government’s environmental targets. The trial will to help find out how much food waste there is in our schools. Pentland and Sciennes Primaries have been choosen as sites for the pilot so far.
If successful, food waste recycling will be rolled out across the city. Vice-Convenor of Transport and Environment Councillor Jim Orr supports the scheme. He said:

In order to meet our targets of recycling at least 50 per cent of our rubbish we all have to make more of an effort. Collecting leftover food from schools will send a fantastic message to pupils – the future generation of recyclers.

The collected food will be recycled by anaerobic digestion at Scottish Water’s Deerdykes facility. As well as reducing landfill waste this type of recycling can turn waste food in to a fertiliser or a fuel-source.
http://edinburghbrightfutures.com/2013/10/11/round-up-friday-11-october-2013/
Posted by Ms Gallagher at 19:08 No comments:

Email ThisBlogThis!Share to TwitterShare to FacebookShare to Pinterest
Labels: Eco

Congratulations to our P6/7 Girls' Football Teams who came First and Second in a recent tournament.

Here is a report from Megan Wynn, P7:

On Saturday 5th October 2013 both Sciennes' Girls' Football Teams played a tournament for the Autumn Cup. The Sciennes Golden Eagles won all of their games as well as The Sciennes Ninjas. Therefore both teams played against each other in the Final! The girls share the cup together because they were both representing the same school.

Throughout the games there was a small tent that sold cakes, cookies etc for families and friends to buy. Thank you to the people who donated cakes.

The tournament ended at 12.30ish, each game being 16 minutes long. Once the Final finished both teams came for a group photo to celebrate their victory and got to pick a treat out of the sweetie bag.

Posted by Ms Gallagher at 23:35 No comments:

Email ThisBlogThis!Share to TwitterShare to FacebookShare to Pinterest
Labels: Achievement, Class of 2007, Class of 2008, sport

Well done to all the families who contributed to Sciennes' Harvest Appeal led by P3 and Ms Anstruther. Here is a very kind email we received from Ewan at the Edinburgh North West Foodbank:

Many thanks for your help and support this morning as Tom and I collected the remainder of your Harvest Collection. I can confirm that your school has donated an amazing amount of food totalling 372kg, which is by far our biggest collection for any school since we opened in November 2012.  This donation will allow us to feed over 37 individuals or 18 families with a nutritionally balanced food pack supplying at least three meals for three days.  We will confirm this in writing to you soon.


Sasha and Linda will keep you posted with developments of our new Central foodbank and the possibility of the school being further involved in the work of our foodbanks in the future.


We are encouraged when we receive such wonderful support for what we are doing to reduce the impact of food poverty and thank you again for this amazing donation.

Posted by Ms Gallagher at 15:48 No comments:

Email ThisBlogThis!Share to TwitterShare to FacebookShare to Pinterest
Labels: Assembly, Charity, Class of 2011

If you’re in school for the Parent Consultations this week, please have a look at the new kitchen which has been part-funded by Sciennes PTA and is a fantastic addition to the school. An added incentive is this is where teas and coffees will be served. In the hall area (just before you go into the Gym Hall) there will be information about Sciennes School Council and sign up sheets for anyone keen to get involved. There are a lot of exciting ideas and developments that just need parent volunteers with a bit of time and enthusiasm!

P7 at Sciennes were joined on Wednesday by a delegation of Edinburgh Councillors led by Councillor Paul Godzik, Education Convener, with Councillor Cathy Fullerton, Councillor Denis Dixon, Councillor Maureen Child, Councillor Sandy Howat and our very own former Sciennes' parent Councillor Melanie Main. It was commendable that they took the time to make the trip to see first hand Lagganlia's excellence in outdoor education and spend time with some of our pupils.

Posted by Ms Gallagher at 22:44 No comments:

Email ThisBlogThis!Share to TwitterShare to FacebookShare to Pinterest
Labels: Lagganlia

Fantastic P7! Slick and super organised pupils and staff this morning meant we were underway by our target 9.30am. We are now beginning to be able to get a signal more easily so we will continue to post travel updates on our P7 Lagganlia blog. Please check there rather than calling the school office. It's been a wonderful week and we are all extremely proud of the children. See you soon!


- Posted using BlogPress from my iPhone

Location:B970,Aviemore,United Kingdom
Posted by Ms Gallagher at 09:52 No comments:

Email ThisBlogThis!Share to TwitterShare to FacebookShare to Pinterest
Labels: Class of 2007, Lagganlia

Gorge Walk in the River Feshie

- Posted using BlogPress from my iPhone
Posted by Ms Gallagher at 00:42 No comments:

Email ThisBlogThis!Share to TwitterShare to FacebookShare to Pinterest
Labels: Class of 2007, sport

Tuesday in the Sunshine

- Posted using BlogPress from my iPhone
Posted by Ms Gallagher at 00:39 1 comment: