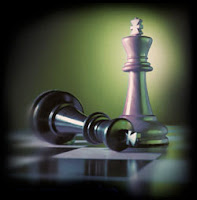 Sciennes' Chess Club successfully competed in the Megafinal at Wester Hailes Education Centre on Sunday 28th April 2013,  against other schools from the whole of the East of Scotland. Outstanding results!


Angus Holme was the youngest member of the club, and the whole competition, to take part and won the Under 6 section; Aidan Davis won the Under 7 section; Matilda Ball-Torokoff won the Girls' Under 9 and Robert Davis came second in the Under 12 section.


Joseph Bartlett, Robert Davis, Sergei Mackinlay-Vich, Aidan Davis and Jingzhong Fan have also been invited to compete in the Gigafinal in Manchester in July, competing against children from the North of the UK. Very well done to everyone who took part and good luck to those competing at the next level.


Thank you to Sarah Davis and the Chess Team Parents and Carers
Posted by Ms Gallagher at 20:21