Congratulations to our intrepid P6 contestants - Bruno Armitage, Lorna Brockbank, James Beeston and Iona Mackinlay-Vich - who were runners up at the Edinburgh schools Euroquiz competition on Wednesday 6th March, at the City Chambers. Twenty schools took part in four initial rounds, with questions on the European Union, countries and capitals, languages, landmarks, culture, sports and the arts.

Our team did extremely well, not losing a single point in the first two rounds, and went on to reach a tied position with St Mary's Leith and Blackhall. A 'sudden death' tiebreaker question round led our team to qualify first for the final round. It was then neck and neck between the remaining two teams. Blackhall qualified to join Sciennes for the fifth round and it was a nail biting finish to the competition, with Blackhall finally taking the lead to secure the trophy for their school, and to represent Edinburgh at the forthcoming national final at the Scottish Parliament.

It was heartening to see our team wholeheartedly congratulate them. (Special praise is also due to Merchiston Castle School, who came very close to qualifying themselves yet sportingly encouraged our team in their efforts.)

Sciennes' team can be justly proud of their achievements and were awarded a Euroquiz calculator and certificate. Grateful thanks to Sciennes' families who supported and helped prepare at home. Well done to all the schools who took part and to Claire Soper, Monika and Ishbel who ran the event so smoothly. 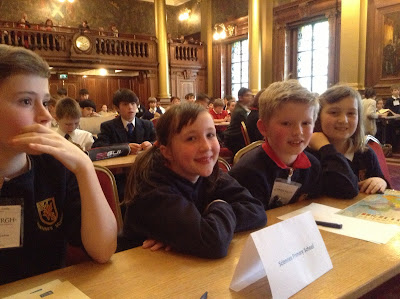 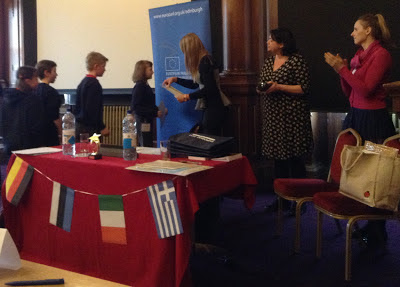 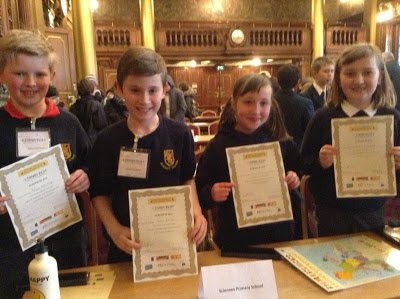 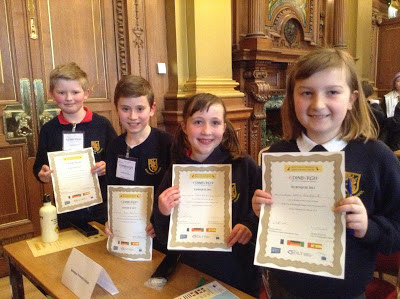 Email ThisBlogThis!Share to TwitterShare to FacebookShare to Pinterest
Labels: Achievement, Class of 2007