Children will be looking at anti-bullying in school from Monday 17th November as part of an annual national campaign. Help make Sciennes a safe and happy place to learn by talking to your child about bullying.

At Sciennes Primary School we understand the term bullying to mean ‘persistent, deliberate attempt to hurt or humiliate someone.’ Bullying has three common characteristics:
We follow the guidelines outlined in “A National Approach to Anti-Bullying for Scotland” and aim to treat any incidents immediately and effectively.


We appreciate the rich cultural diversity of our pupils and their families, and celebrate this through assemblies, circle time, and across the curriculum. We do not tolerate discrimination on grounds of race, colour or religion, nationality or ethnic origin.

Any overtly racist incidents, or incidents of bullying, are dealt with by the Headteacher, and are logged. We work with pupils and their parents where such incidents have occurred to ensure that there is a quick and effective resolution. 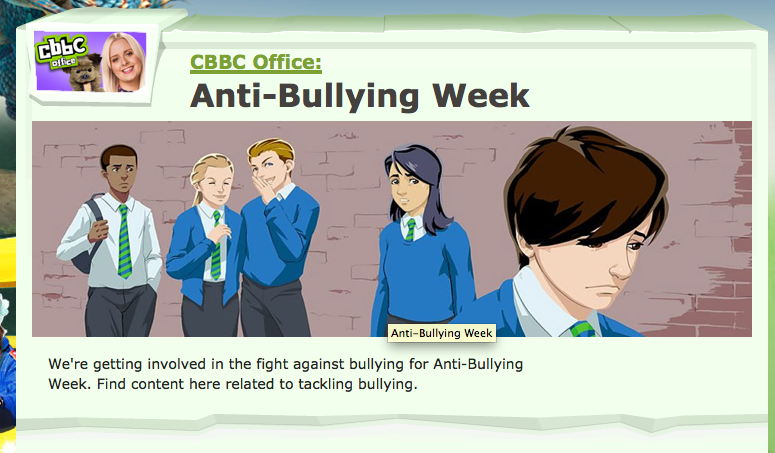 CBBC Bye Bye Bullying clips (including information on a brave  'My Life' film due to be screened on CBBC on Monday 17th November 6pm about a transgender child which explores issues of identity and prejudice).
http://www.bbc.co.uk/cbbc/topics/anti-bullying-week