P7 Pupils Get Creative with BBC Music's "God Only Knows" 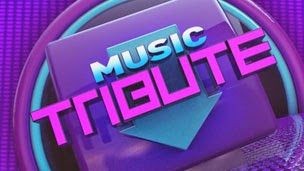 How fantastic to see so many of our P7 pupils' video clips used in the CBBC Friday Download television programme broadcast on CBBC on Saturday 22nd November 10am!

Lovely BBC Researcher Jenny Garton has been very encouraging about the children's work and was delighted they had so much fun working on it. She also shared with us that the team who worked on the actual BBC Music "God Only Knows"  video worked on editing their programme's Music Tribute! The tribute version was created using video clips submitted by children all over the UK and the single is being sold in aid of Children in Need. Thank you, Jenny, for giving us the opportunity to get creative!

Well done, P7! The pupils created so many clips that we have been able to put together our own video - in tribute to BBC Music: