"Every child and young person is entitled to develop skills for learning, skills for life and skills for work, with a continuous focus on literacy and numeracy and health and wellbeing."

Curriculum for Excellence: Building the Curriculum 3


Primary Four pupils marked the book launch of "Food Focus" - a collaborative venture between local business Victor Hugo Delicatessen and Cafe and each class at Sciennes - on Wednesday 29th June at the Meadows.


Sincere thanks to the tremendous generosity of Victor Hugo Delicatessen owner, Karol Rzepkowski, who sponsored the creation of the book and additionally provided a free copy to each of our 99 P4 pupils. Karol is an inspirational former Sciennes' pupil and the "Food Focus" book details the history of Victor Hugo's, established by his father Zdzislaw (Jackie) Rzepkowski. Karol's father's story is also an inspiration:


In 1957 the business was started in Edinburgh, with a first shop in Spittal Street, by Karol’s father Zdzislaw Rzepkowski. Zdzislaw found it hard for anyone to say his name so was more commonly known in Edinburgh as ‘Jackie’. Jackie was born in Poland and was only 16 years old when the Germans invaded. He escaped a firing squad but was taken to Auschwitz, and then a munitions factory in an Austrian labour camp before escaping over the Alps to Italy. He then made his way south until he met the allies and from there to the UK and finally Scotland. He joined the Polish division of the British Army and fought in the Woijtek Division. This was the division most famous for the bear mascot rescued as a cub in 1943 and who carried their shells into battle, ‘Woijtek the Soldier Bear’. Karol even has a photograph of his father and maternal grandfather both standing with Woijtek the bear. After the war Woijek retired and went to live out the rest of his days at Edinburgh Zoo. Jackie was demobbed and went to work.


Karol said, “Our first concern is that Victor Hugo’s business contributes in some way to the local community. We want to attract customers from outside but the vast majority of our clientele are locals. In a deli people can buy and eat straight away – it is the ultimate fast food! No-one ever comes into our shop and asks for a ‘pie’. Food has also been our first and longest lasting introduction to Europe. We celebrate our cultural differences through food and it allows us to embrace our European culture. We want to engage with local people and the local youngsters too because they are our future market. Sugar seems to be the
drug of choice at the moment and getting kids passionate about food is so important. We want children to get passionate and enthusiastic about good food so that they can in turn pass it onto their own children.

This is why we wanted to get involved in this book project with Sciennes Primary School. It was my school and I really enjoyed my time there so giving this opportunity back to the current students really feels like coming full circle.” 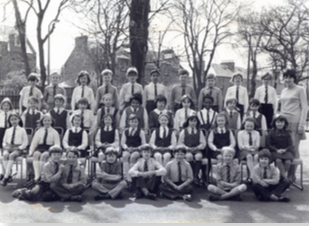 Very well done to P4 pupils Natalia, William and Hannah who gave speeches explaining how their classmates contributed to the book. Our Principal Teacher, Ms Shona Pearmain (currently on maternity leave), took the lead in co-ordinating classes' contributions and will be very proud - of the children as well as the finished result. Sciennes School has been filled with delicious aromas since 'Food Focus' was first established by Ms Pearmain in October 2013, after the launch of our new kitchen (partly funded by Sciennes' Parent Council). The kitchen is regularly used by all classes throughout the year to create delicious healthy food.

Thank you very much to the parents who attended the "Food Focus" book launch, including Hannah's father Mr Jimmy Chow, who provided such excellent photographs of the event. Grateful thanks to Georgiana's mum, Ivana Summerton, and Pupil Support Assistants Mrs Helen Robertson, Mrs Sally Nowell and Mrs Aliya Tariq who kindly laid out the books and cut up the special cakes for the children. Thank you to Janitor Mr Reid for helping with the gazebo, tables and chairs and to Class Teachers Mrs Susan Mackay and Mrs Katherine Clark. So typical of the Sciennes' Family that everyone kindly pitched in to support. Thank you!

Grateful thanks to published author and Sciennes' parent Mary Turner Thomson for giving the children the opportunity to see their work in print through her company Whitewater Publishing. This is the sixth book that Mary has published for Sciennes in six years and provides an extraordinary opportunity for our pupils.

It was wonderful to welcome back Karol to Sciennes earlier this year and give him a tour of his former school. We look forward to strengthening the links between Sciennes Primary and Karol's neighbouring business Victor Hugo Delicatessen and Cafe; such a prominent and fondly regarded feature of the local community - and frequently frequented! 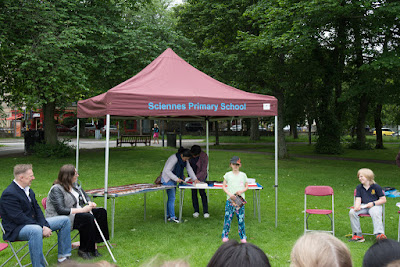 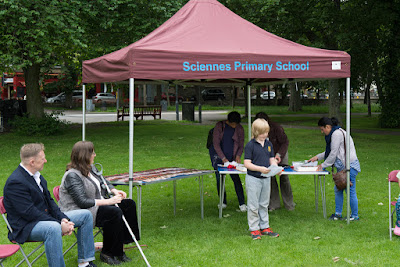 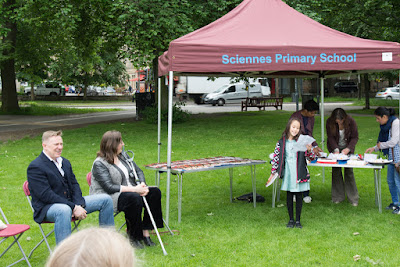 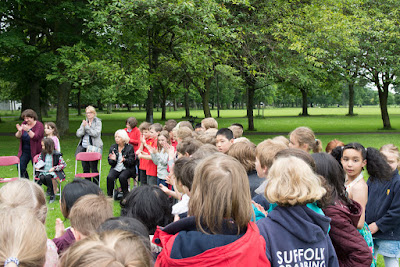 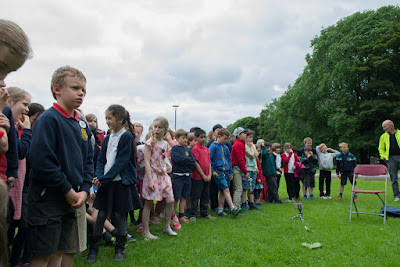 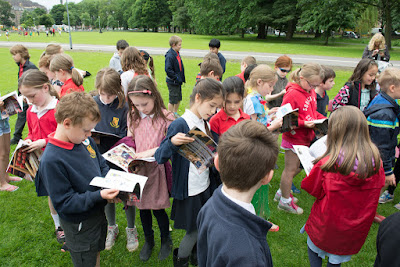 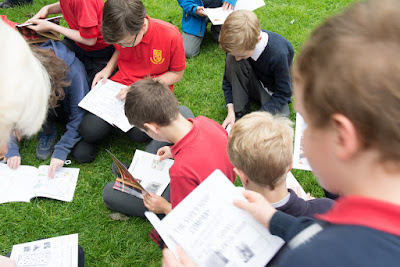 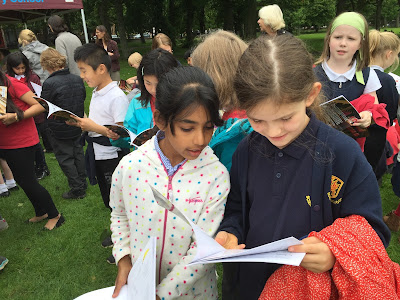 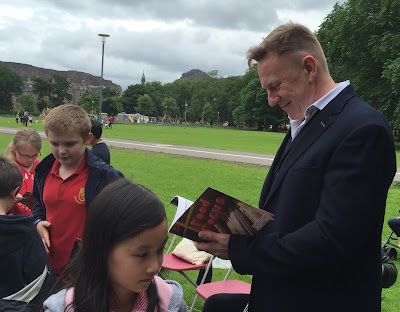 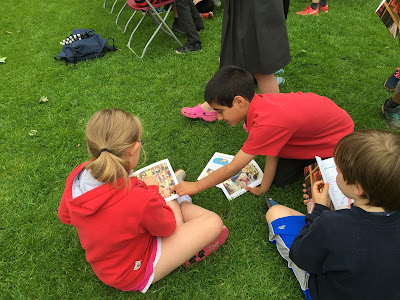 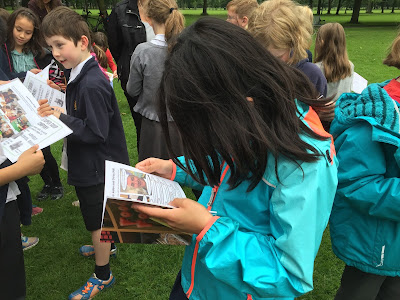 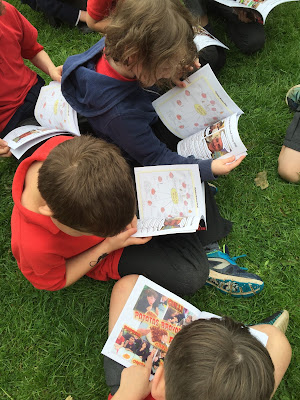 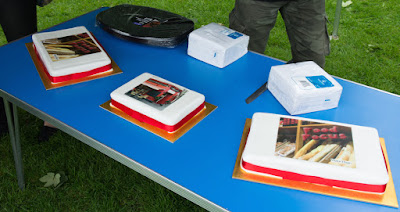 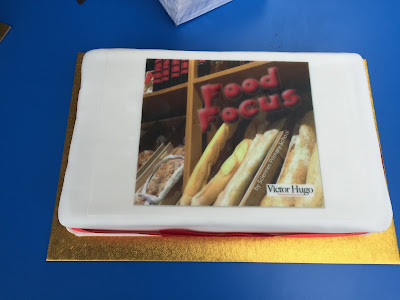 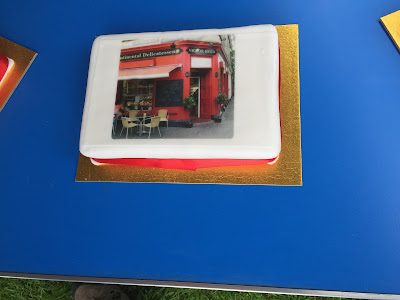 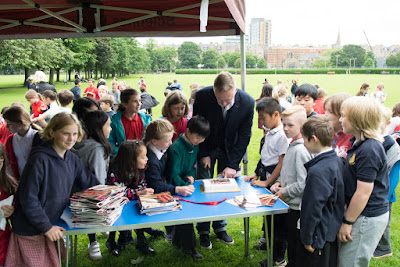 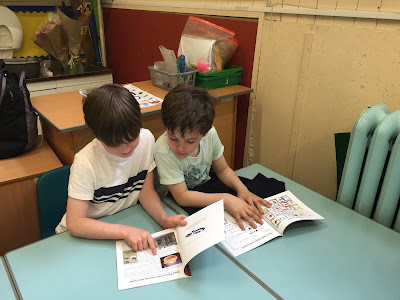 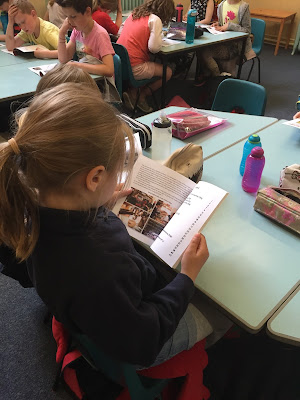 Email ThisBlogThis!Share to TwitterShare to FacebookShare to Pinterest
Labels: Class of 2012, Food, Health and Wellbeing, Life and Work, Skills for Learning