Crazy Hat, Crazy Hair Day for Plant for the Planet

On Friday 14th June many of our pupils and staff sported some crazy hairdos and hats all in aid of Ms Gregson, the Eco Group and P5B's Plant for the Planet fundraiser. Plant for the Planet is a worldwide initiative with the intention of planting one million trees in every country. Ms Pearmain, Mrs Barker and Mrs Nowell sportingly auctioned off the chance to be 'made over' by the pupils (using Sciennes' credits from the P6 innovative 'Class Economy' Financial Education project they have been running this year). Mr Howie led the P4-7 Assembly donning a fetching veil! Representatives from P5B gave a presentation at Assembly and it was a cheery and colourful playground at breaktime! More photographs on the Class Pages. Good luck to Brianna in her unicycle challenge on Sunday 16th June. 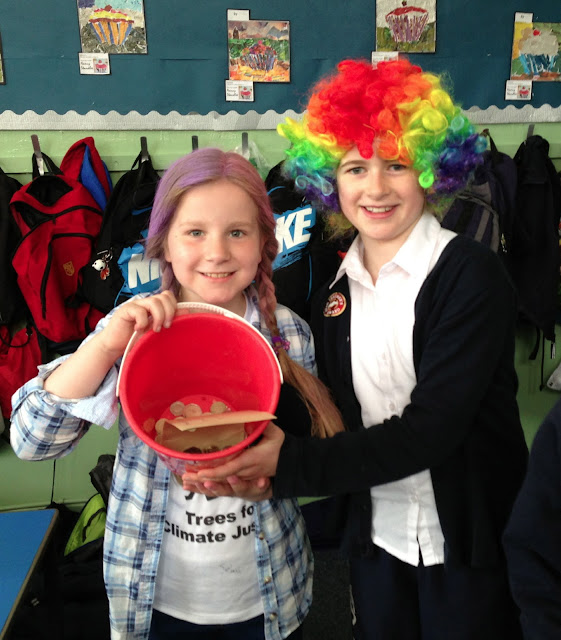 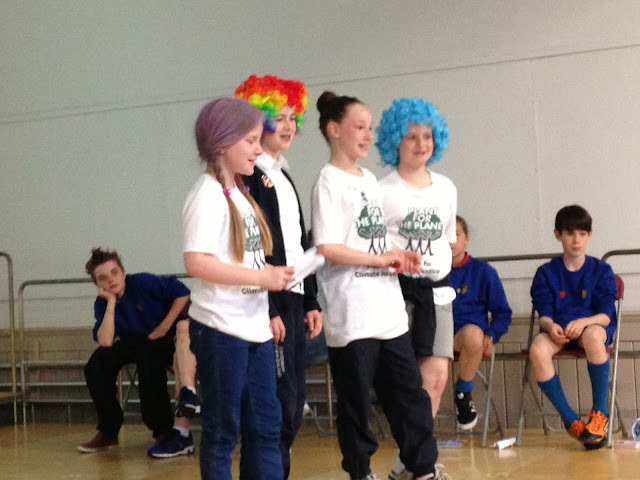 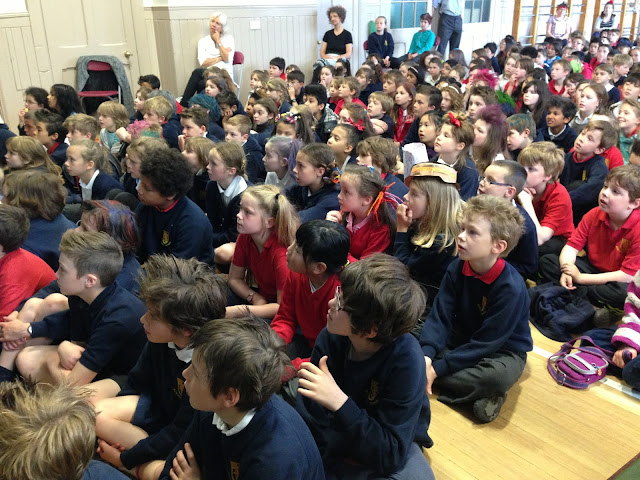 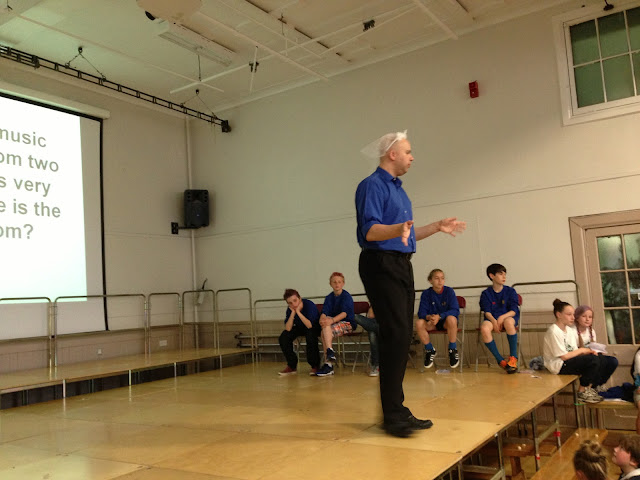 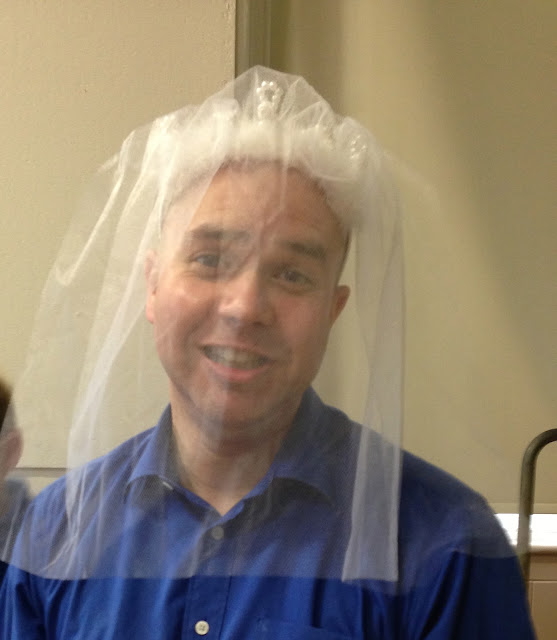 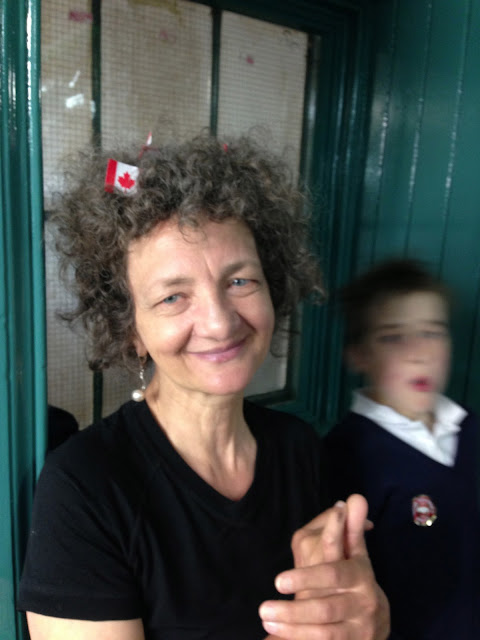 Ms Gregson flies the Canadian flag and led today's fundraiser with her class. 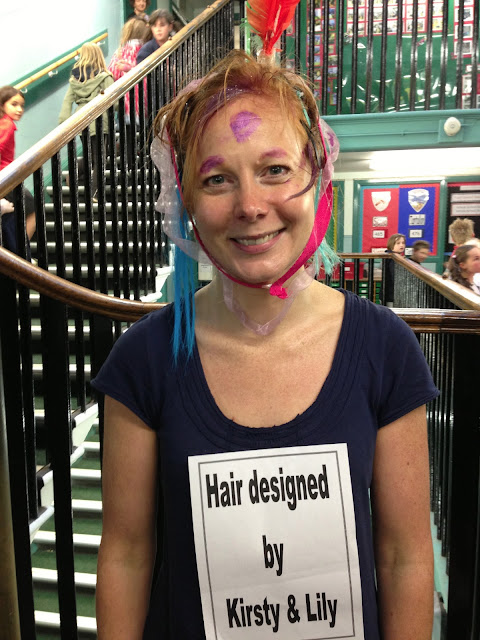 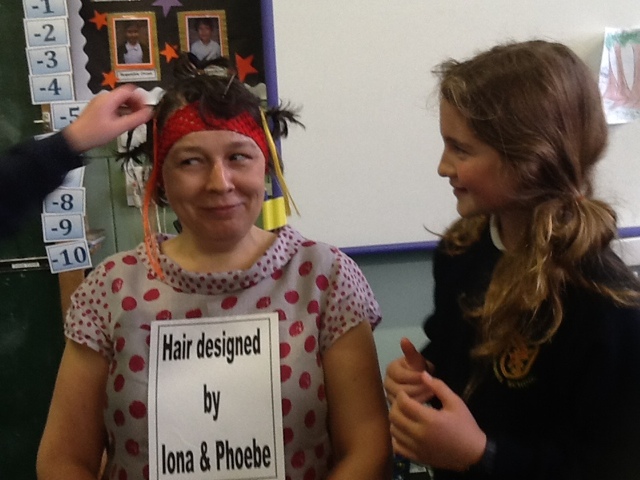 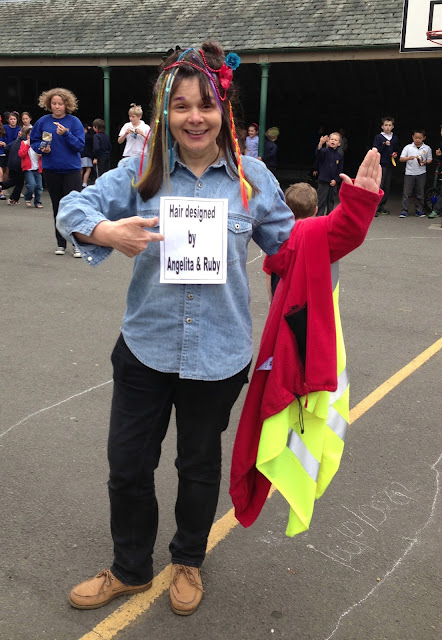 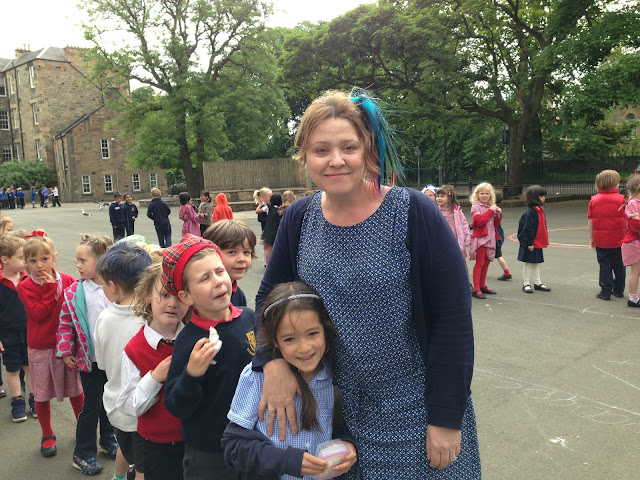 P5B pupils had presented at Ms Anstruther's P1-3 Assembly too 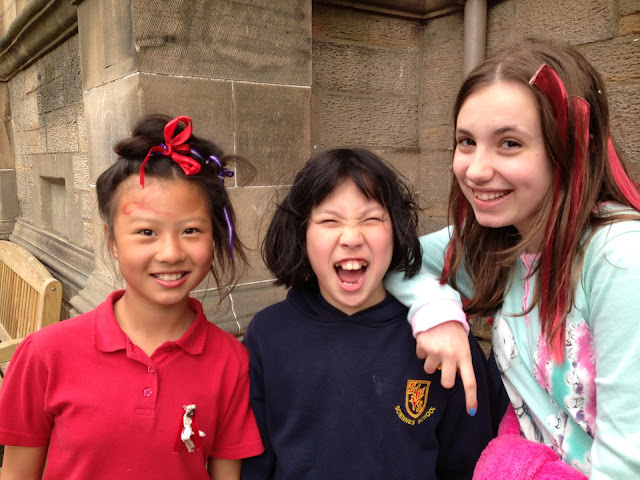 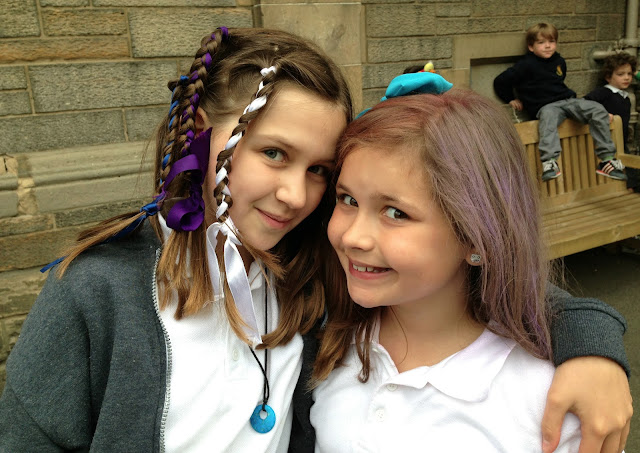 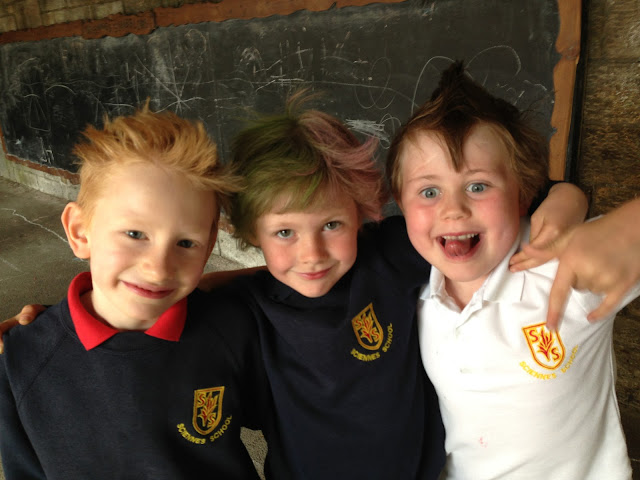 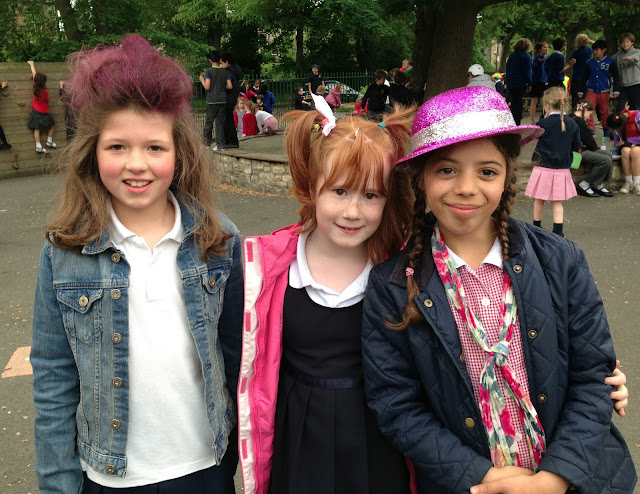 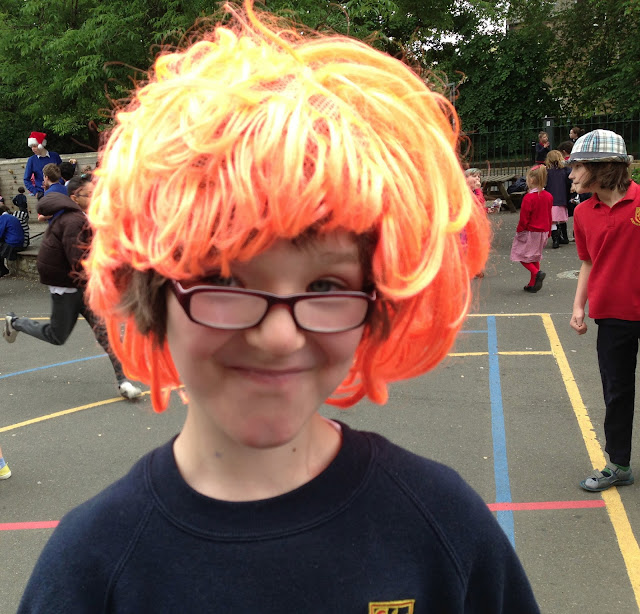 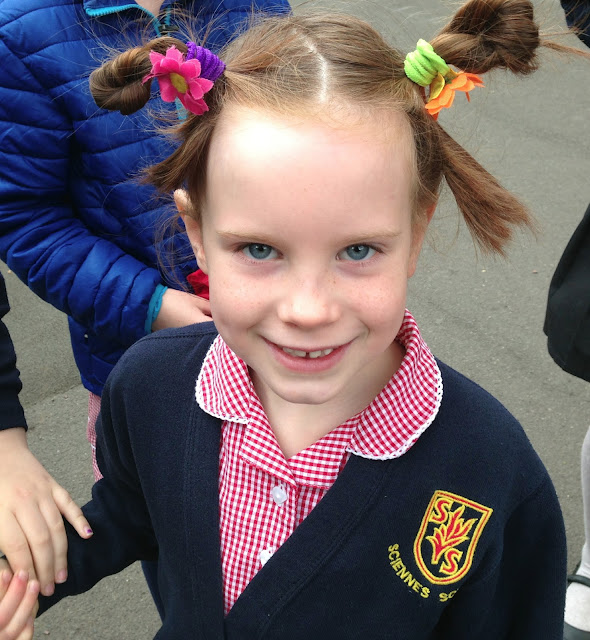 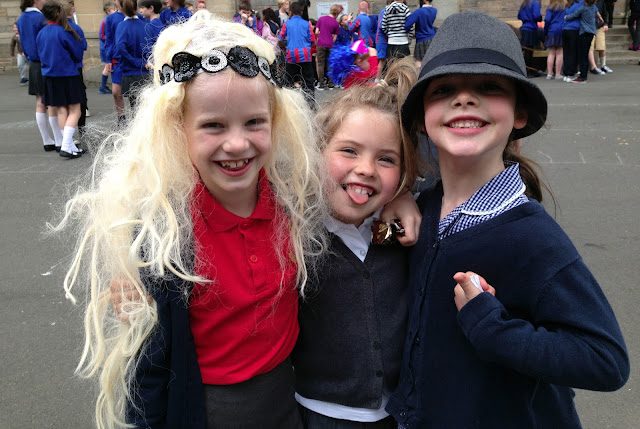 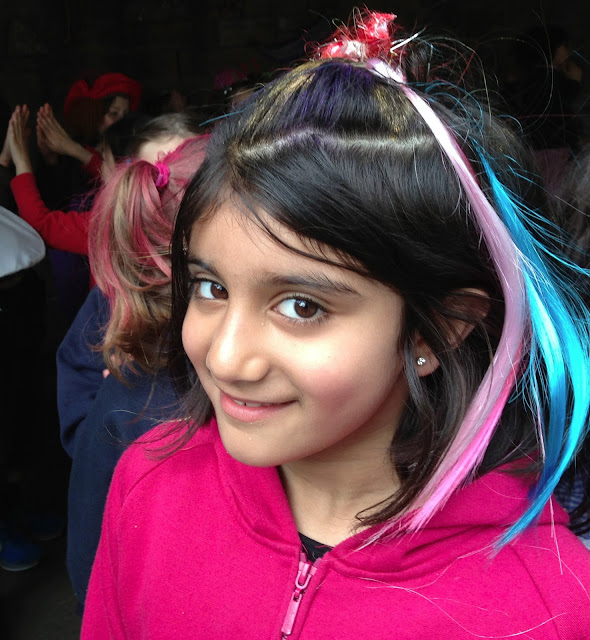 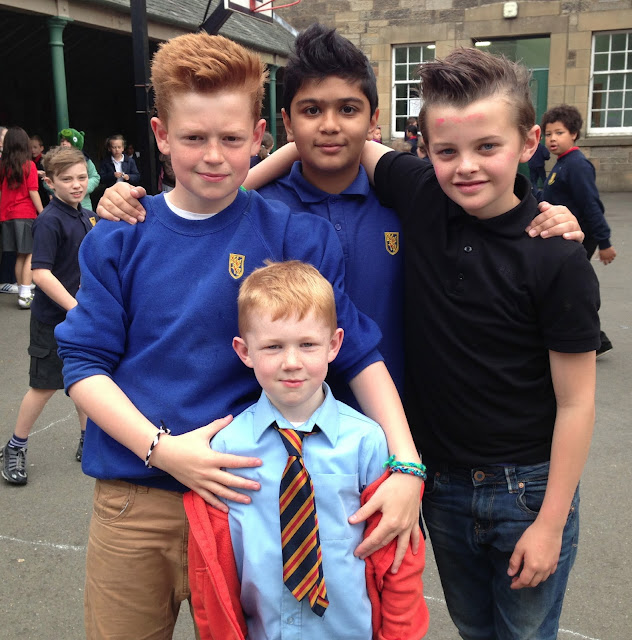 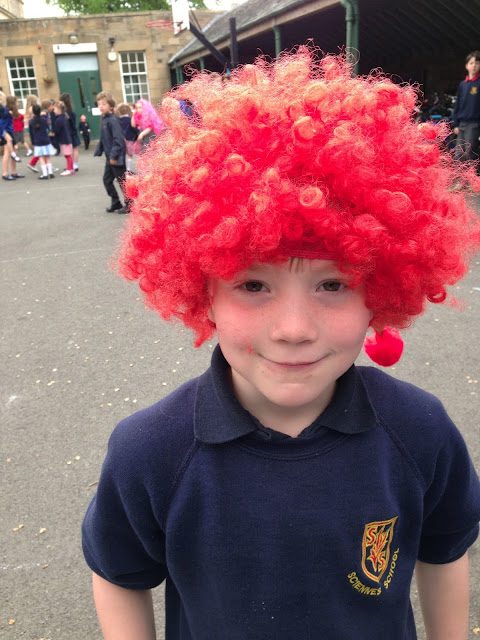 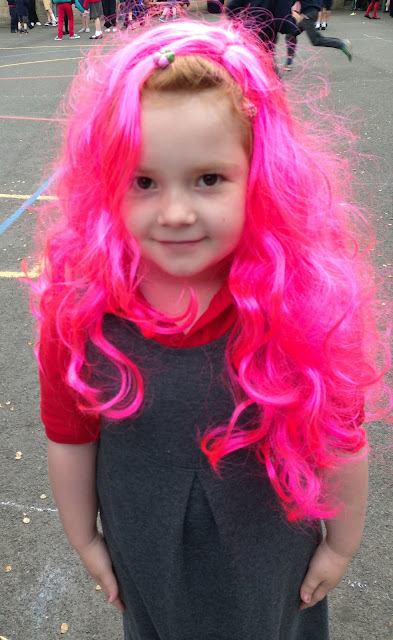 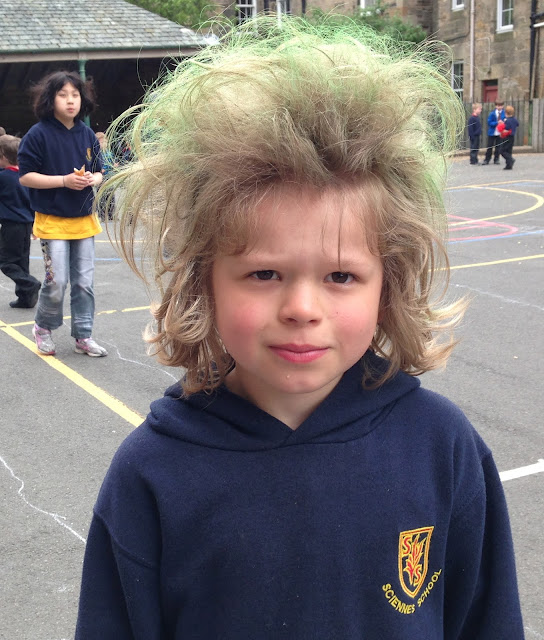 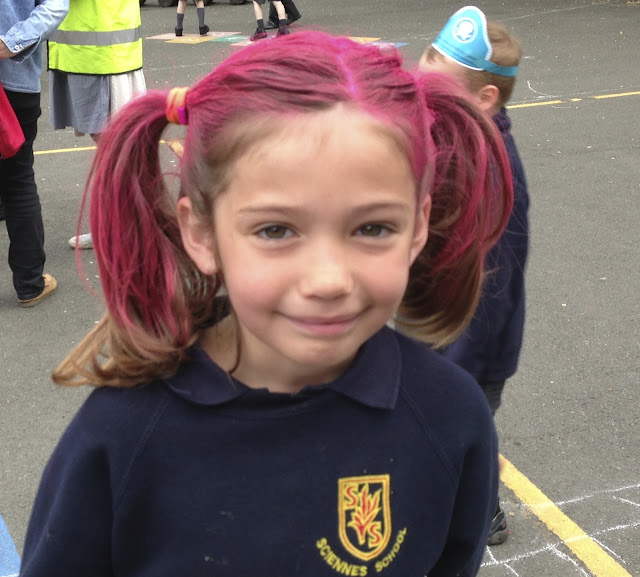 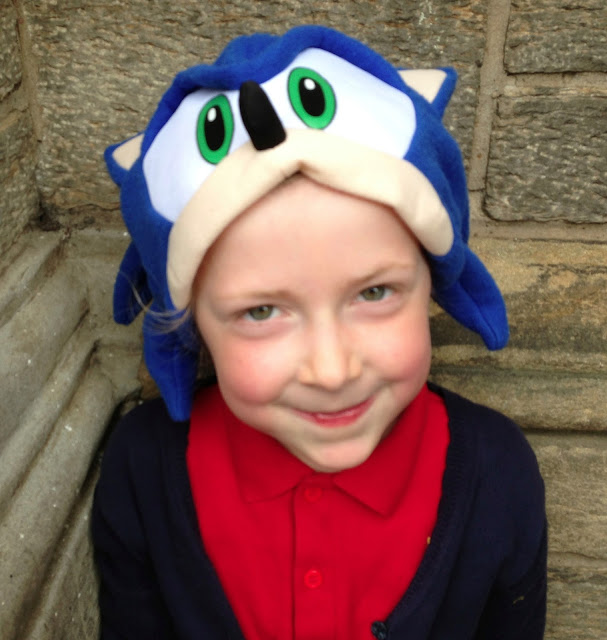 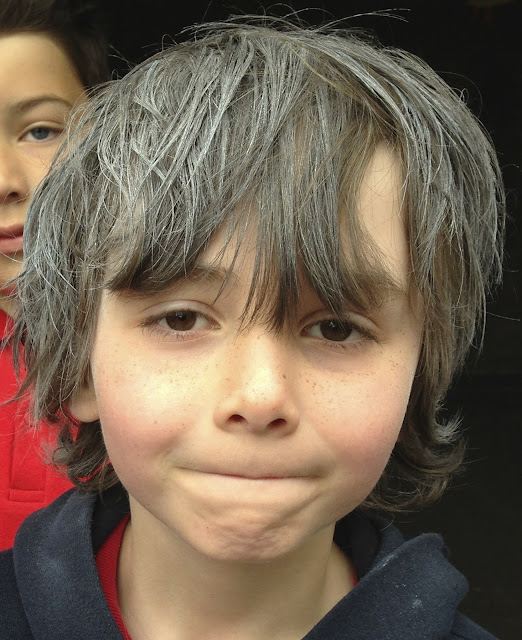